The extraordinary events unfolding in Egypt are shaking the Middle East—and the world. As we watch, hoping that the strength of the Egyptian people will move their country toward liberation, we can’t forget how deeply interwoven the struggles in the Middle East are, or how central Palestine is to a democratic resolution for everyone in the region. And yet, these are subjects that are almost always ignored in schools, even by progressive teachers.

There has never been a more important time to teach about Palestine. It is impossible to understand events in the Middle East, including Egypt, without understanding the history and current reality in Palestine. And there are so many connections to be made by social justice educators between Palestine and issues in the United States: the concept of Manifest Destiny in US history and the Promise Land in Israeli history; the security wall at the US/Mexico border and the wall snaking through the West Bank (built by the same company); the criminalization and incarceration of youth in both situations; the environmental impact of colonialism; the role of hip hop as resistance among youth, to name only a few.

If you have thought about including Palestine in your curriculum, if this is a new but challenging idea, or if you are an old hand at this but looking to push your work even further—please check out the Teach Palestine workshop Saturday at Free Minds, Free People. You will leave with more understanding, resources, curriculum, and confidence!

Generation after generation, Palestinians are still holding the keys to their original homes to return to their land in Palestine. This return is not simply a right bestowed upon Palestinians by the international community. Far more than this, return for Palestinians is an inherent part of their identity, freedom and dignity. Each year, the laws and unwritten policies of the Israeli occupation make return more difficult for the many Palestinians living beyond its borders. The United States turns a blind eye to the growing number of its own citizens, Palestinian and otherwise, who have been denied entry to Palestine. Denying Palestinians and others access to the land of historic Palestine highlights the incredible fear doctrine that has been constructed within Israeli society; Israeli leaders fully understand that recognizing this right of return means the beginning of the end of the settler-colonial state.

During these 65 years of occupation, we have witnessed the return of many refugees—with the support of the international community—to their homes in Bosnia, East Timor, Rwanda and Sierra Leone. Meanwhile, the Palestinian refugee population is ever increasing within the camps of Lebanon, Syria, Jordan and in the diaspora. Palestinians in the camps spend their entire lives as refugees, often only minutes away from their original villages and homes, with walls and checkpoints forever partitioning them from the reality of return.

Now, with the current escalation of violence in the region, Palestinian refugees in Syria have become refugees once more. Absent a homeland to which they can return, the issues of landlessness, violence and militarized borders have become more pressing than ever. Women and children are among the tens of thousands of refugees who now live in camps in Lebanon, Jordan and Turkey. The vulnerability of these communities is escalating.

The Arab uprisings that began in 2011 have changed the political landscape of the Middle East and opened the door for many new possibilities. Shedding the fear of decades-long repression, the people have united to challenge and overthrow the dictatorial regimes of the Arab world. Soon after the end of Mubarak’ rule in Egypt and Ben Ali’s rule in Tunisia, in a moment inspired by the uprisings of their Arab neighbors, the image of return for Palestinians transformed into an imminent possibility. In May 2011, thousands of Palestinian refugees and others marched to the borders of Palestine from Lebanon, Syria and Jordan. Some Palestinians were able to cross the border and visit their family’s homes for the first time in their lives, risking everything along the way. This action gave Palestinians a glimpse of freedom, as well as a more complete picture of the obstacles that obstruct the path to their homeland. Their march homeward symbolized a people suspended somewhere between time and space, living on the margins of society and within the borders of their dreams. Their march home lifted the spirits of many around the world, especially Palestinians, for it was one of the first moments since 1948 when return became a reality; it became a palpable movement rather than an abstract notion.

On the other hand, the Arab movements and the Palestinian march of return in 2011 have created much cause for concern within Israel. The repressive Arab regimes were longstanding allies of Israel, allies that did not challenge its brutal and discriminatory actions and policies towards Palestinians. As these regimes fell, Israel began to fortify and deepen its borders with Egypt, Jordan and Syria, creating more distance between itself and the region. With the movements in the Arab world still in formation, the future of the Middle East looks uncertain and unstable. Moving forward to tangible change is a process that will take years. However, return for Palestinians is among the changes that will have to take place to ensure freedom for all the people of the region.

The role of western powers, particularly the United States and the state of Israel, will also have to be confronted and redefined if any progress is to be made. The minority of the world cannot go on living at the expense of the majority. Security and superiority cannot supersede justice and dignity. Despite Israel’s best efforts at dividing and fragmenting the Palestinian population, for 65 years the Palestinian people have maintained their struggle for return to their original homes and villages.

The question of Palestine is the key to change in the Middle East and the right of return is the simple answer to this question. Until return is realized, liberation for the land and its people can never be achieved. 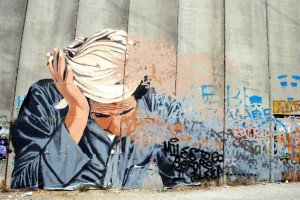