By Linda Stout, Director of Spirit in Action

I grew up poor in a farmworker family in rural North Carolina, going to a school where I was told by my fourth grade teacher that children like me could not go to college. This was in response to me telling her that I wanted to be a math teacher. I believed her and lost interest in school and walked around with shame about “who I was.”

But, by high school I decided not to believe the messages I was given every day and decided to make good enough grades to go to college. I graduated at the top of my class. I earned a full scholarship to college, but when the cost of student housing went up by $500 in my second year, my family could not come up with the money and I had to drop out.

Instead, I became an organizer for poor people and went on to work as a national organizer. During that time, I learned the value of messaging and getting our voices heard among the broader community in order to change minds and policies.

Because of that work, I began to build national networks, the first one, Progressive Communicators Network — a group of grassroots communications and media folks, and several years later a network called Education Circle of Change. My organization, Spirit in Action’s mission is to support groups as they build movements for change. Networks among groups focused on particular issues have been one of the most successful ways to do that. We work together to become more than the sum of our parts.

Since building the Education Circle of Change network, we have seen many other education networks grow and build an effective grassroots base. So in the coming year we are focusing on a more specific strategy – one that’s critical to create a successful movement that can win on education issues. Our work is now focusing on effective communications.

A majority of people in our country do not understand or know about the problems we are facing in public education today. As a result, we are seeing more policies that keep our schools from offering equitable education, aren’t offering teachers the resources and salaries they deserve, and aren’t providing an exciting learning environment for our children. We have to shift the public dialogue on public education.

Where do we begin such a large task? We start with you, the people who know this issue the best. This summer, Spirit in Action will be conducting a national listening project: using video to interview organizers, parents, students, and teachers on what you think we should be doing about the education crisis and what you want other people to know.

Equipped with your voices and concerns we will then link education organizers with expert communicators to develop messages, build on effective messages that are already been developed, and work with groups to develop their own communications plan.

Our idea is that once these messages are developed, we will work with groups throughout the country for up to three years to provide them with training, tools, and support to message to their own constituency and beyond.

We will also create a final video from these interviews that all the groups can use to organize with, reaching their constituency and beyond. While each group will create a unique messaging and communications plan, we will be working to incorporate consistent messages that all groups can use that will be echoed around the country.

We do not know what that message is. We are not the education experts. You are. Therefore we will be at Free Minds, Free People to interview numerous, diverse people both formally and informally to get your thoughts and ideas. We look forward to meeting you next week! 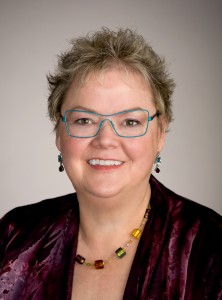